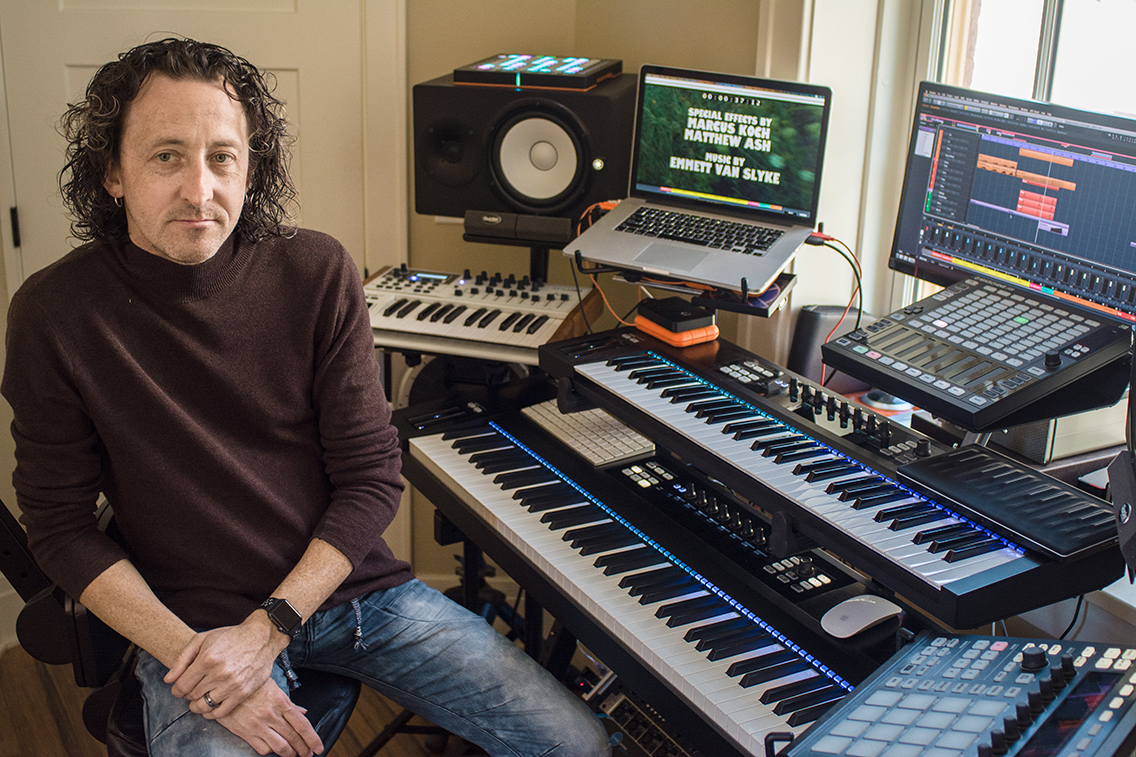 Emmett Van Slyke is a Composer,Sound Designer, Multi-Instrumentalist, Producer, Audio Engineer, Educator, Videographer and Technologist with an expertise in managing projects, budgets and talent from a multi-faceted perspective.

As a Composer Emmett has scored various feature length films and shorts including Ron Bonk’s grindhouse homage, She Kills and Empire State of Dead. Will Collazo and Shawn C. Phillip's Amityville Sharkhouse (distributed by Lionsgate films). Zach Ford’s, Girls Night Out and John Martoccia’s, Death of a Tree. His theatre compositions include, Reflecting Poe, The Crucible – for which he received a  ACTF Kennedy Center Award, Telling The Truth, for The National Whistle Blowers Symposium, Wolfskinder and most recently Gemini Vanishing with Moveink at the Sargent Theatre in NYC. He has toured regionally and internationally as a multi-instrumentalist working with artists such as Jim Donovan of Rusted Root and The Kitchen Party.  Emmett has opened for numerous national acts including R.E.O. Speedwagon. Emmett holds a Bachelor of Arts in music and Literature from SUNY at Oswego. In July of 2015 Emmett was the composer and live musician for a devised production of An Ideal Husband at Franklin Stage in Franklin, NY, directed by Lauren Unbekant. Emmett is also the composer sound designer for Syracuse Stage and SU Drama’s fall touring production of Metamorphan as well as composing and performing live with Gams on the Lam in Rock, Paper, Sisters.  Emmett also scored Agamemnon in a double 5.1 surround format, and Swallow for the Syracuse University Drama Department. Most recently Emmett has composed and performed scores including One Gogol and One with the Bay Area Theatre Company at the Brava Theatre in San Francisco, Al Capone Does My Shirts With San Francisco Youth Theatre, and has recorded, filmed and edited the Gilbert and Sullivan musical Cox and Box for Lamplighters Musical Theatre in San Francisco, California.